How do wind turbines produce electricity?

Wind turbines operate on a simple principle: they capture the kinetic energy in the wind and convert it into electricity.

The wind direction determines the design of the turbine. Upwind turbines face into the wind while downwind turbines face away from the wind. The wind turbine tower is often made from steel or concrete. Generally, taller towers enable turbines to capture more kinetic wind energy because wind speed increases with height.

Turbines commonly have either two or three blades mounted on a rotor that sit horizontal to the ground. The turbine blades lift and rotate when the wind blows over them.

A wind vane measures the wind direction and communicates with the yaw drive to orient the turbine properly with respect to the wind.  A yaw drive, powered by a yaw motor, orients upwind turbines to keep them facing the wind when the direction changes. A yaw drive is not needed in downwind turbines as the wind automatically blows the rotor away from it.

A pitch system turns blades out of the wind to control rotor speed and to keep the rotor from turning in winds that are too low or too high to produce electricity. All the equipment other than the blades and the tower is usually contained within a ‘nacelle’ which is a large box that sits behind the blades. 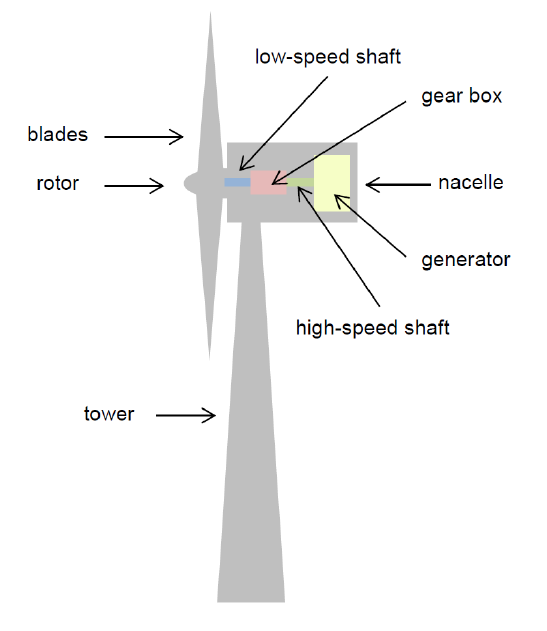 resources energy and projects / resources and energy / renewables / clean energy / green energy / climate change / wind / turbine / power generation
Authors
Jonathan Fulcher
Partner
Jonathan is a Partner and the head of our leading Resources and Energy practice in Brisbane and is also the leader of our Native Title practice.
+61 7 3024 0414 +61 418 106 227 j.fulcher@hopgoodganim.com.au